We have 8 guests and no members online

Blend: I had a lot of trouble finding information about the blend of this particular Cuban stick. 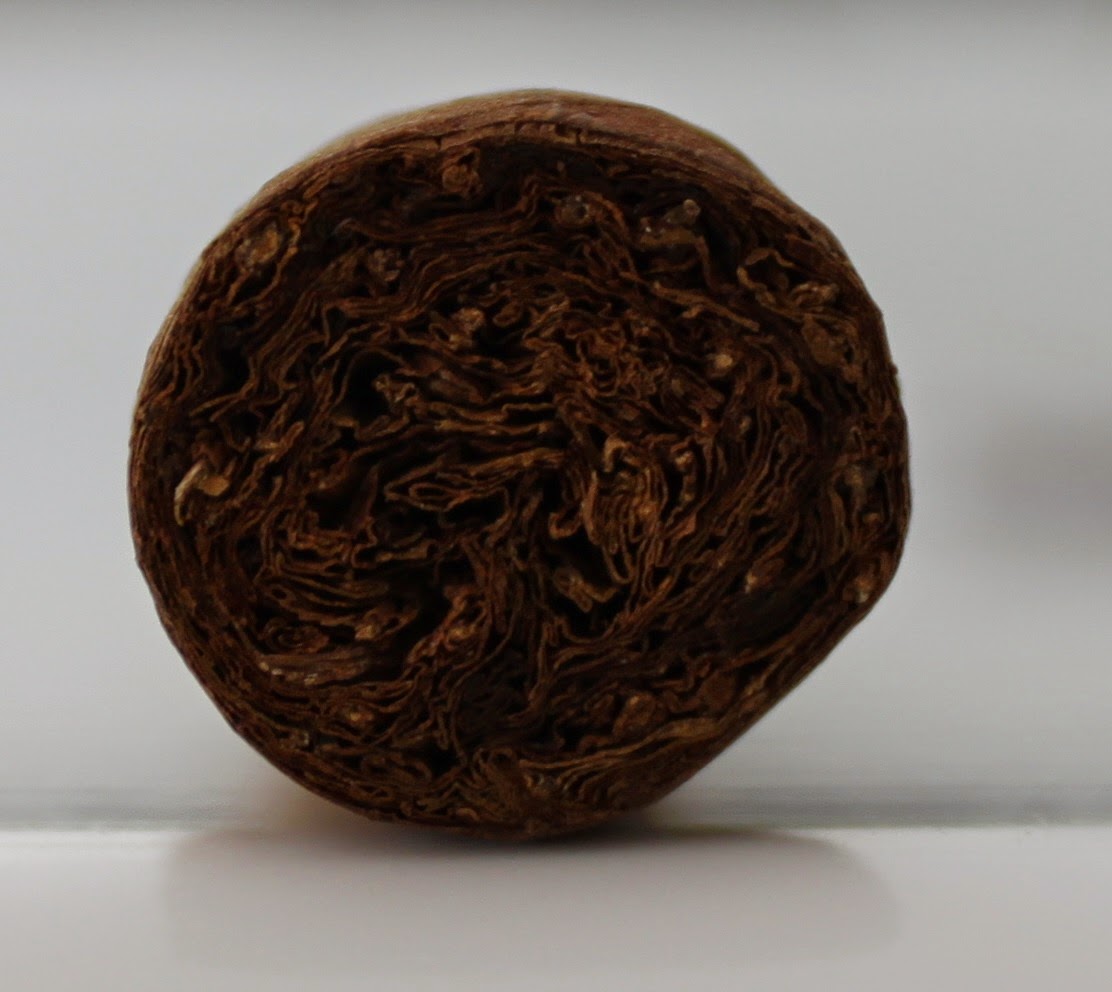 This cigar was sent up to me for review by a friend named Rob who lives down in Melbourne. When the stick arrived it was in Mint condition with no damage, Thanks Rob!

Construction: This stick had a very smooth oily wrapper with barely visible seams depending on wrapper colouration; the wrapper appears to be extremely thin. The stick was very lumpy along its length with an extremely tight pack. Although the cigar was lumpy, the overall construction appeared to be excellent and the lumps gave the stick a very rustic, handmade feel.

There was one small split running along an insignificant vein near the head which I was worried about, any damage to a wrapper pre light always gets worse in my experience.

Cold draw: Once I cut the stick the chink in the wrapper was exacerbated significantly. The cut revealed a perfect draw from this tight stick whose flavours consisted of gentle white pepper with a smooth taste of wood and hay.

First Light: Flavours on the first light consisted of an electric white pepper with toasty wood and bread. Smoke production was reasonable with thin dry smoke.

Light to medium body. Flavours in the first third consisted of the initial white pepper which smoothed out and reduced slightly.  The effects of the pepper went from whole of mouth to tip of tongue. Other flavours alongside the pepper were sourdough bread and a woody taste. This stick had a long salty finish which made me think of the finish experienced after eating an olive.

The burn in the first 3rd was excellent, transitioning from sawtooth to a straight line when resting.

Smoke production in the second 3rd increased, the texture of the smoke thickened and got more moist while starting to dry out the palate slightly.

There were no significant additions or transitions in flavour, the salty finish lasted longer and the pepper got a little more obvious and sharp. Both I believe was as result of having a dryer mouth.

Over smoking this stick in the second 3rd produces heat and significantly increases the white pepper.

Mid Second 3rd saw the burn start to degrade slightly and the delicate wrapper was starting to split both laterally and longitudinally (pictured).  I was not overly concerned in this case as the splits were in a way that would not “run” in front of the cherry.

Transitioning in to the third 3rd saw a further reduction in the pepper flavours whilst the sourdough developed to mouldy with mild acridity. This stick very rapidly degraded into what I have previously identified as a “wet” over humidified stick. The aroma started to smell like an old cigar that I’ve thrown out into the dew sprinkled garden 12 hours earlier.

As the third 3rd progressed the stick started to become spongy hot and more acrid. I really started to think this sick was just wet, although it has been in my humidor for 2 weeks at 70%

As I approached the band the head of the cigar was starting to swell, the wrapper was experiencing blowouts all over the place and the flavours consisted of mould, wet ashtray and heat. I retired the stick at 58 mins as a result. 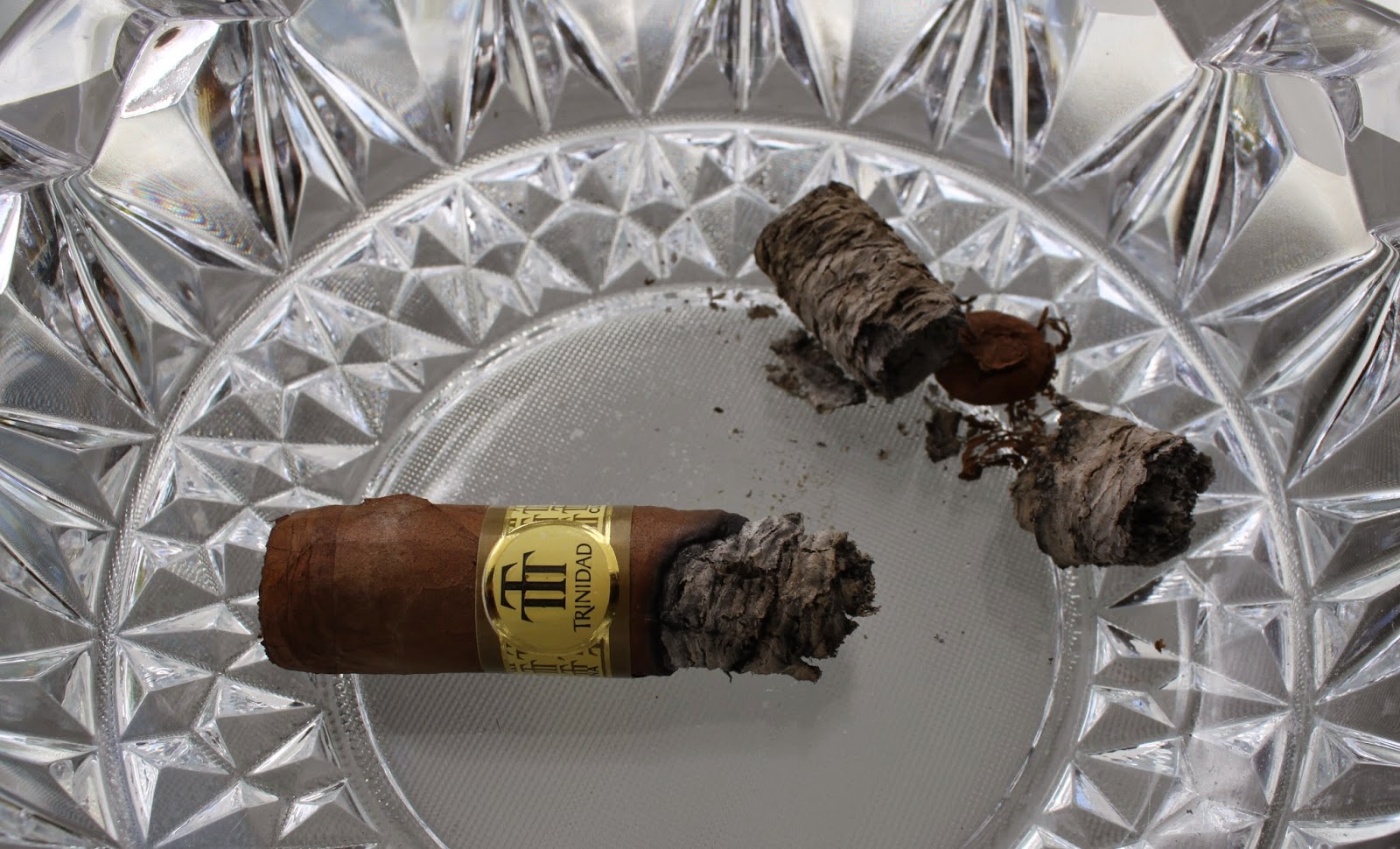 Overall this light to medium bodied cigar was very consistent in its flavour profile with no additions or transitions throughout. I found the stick rather boring and unenjoyable, priced at 45-48 bucks a pop in Australia, I would be downright pissed off with the experience I had with this cigar. Any $20 stick would run rings around this one.

I’ve smoked a few Habana Trinidad’s before this particular stick and found them similar in their flavour profiles but far more enjoyable than this one.

Suggested pairings would be beer to keep the palate moist while smoking this stick without overpowering the mild profile offered.