We have 15 guests and no members online 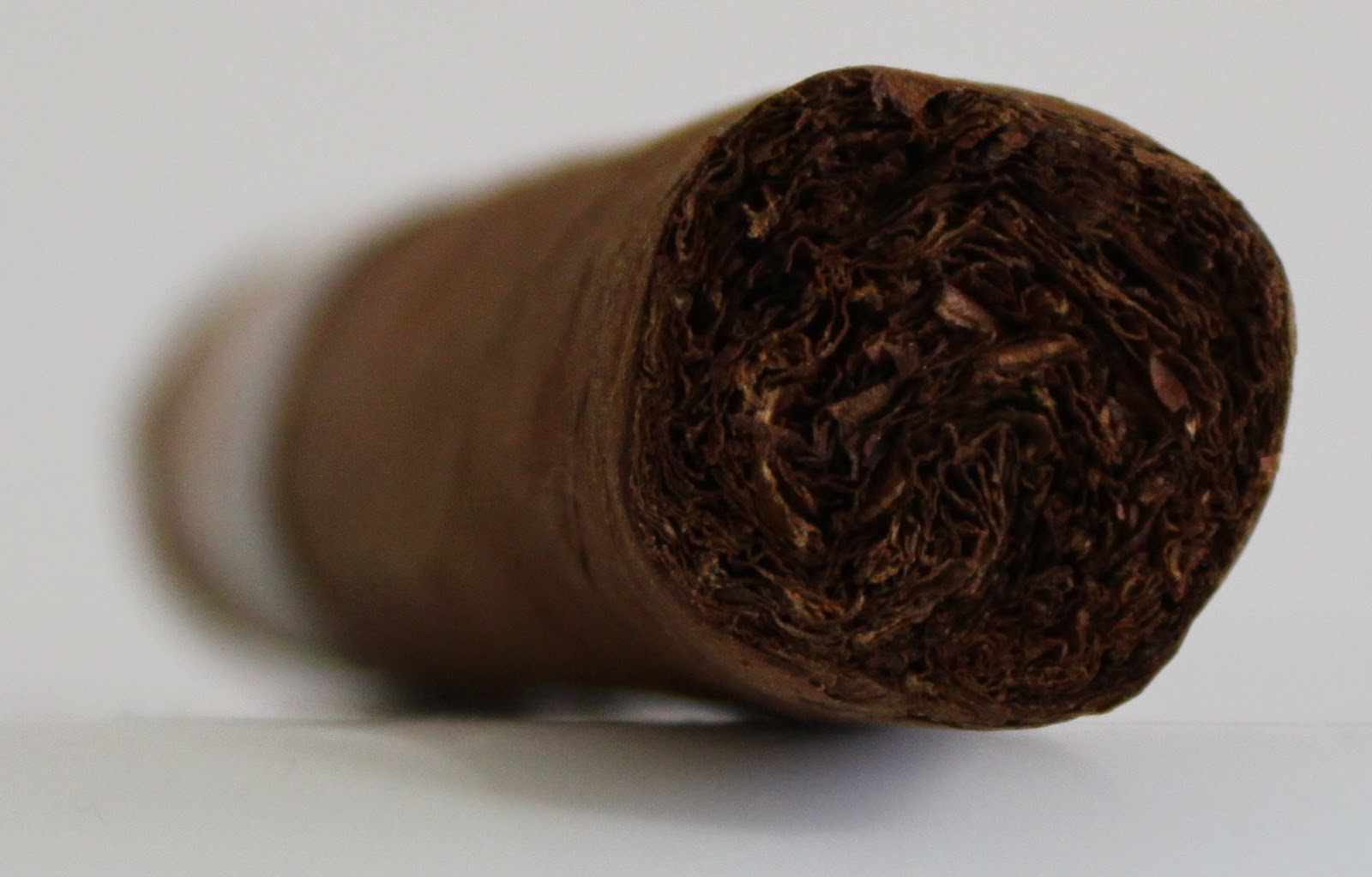 Construction: The slightly mottled Colorado coloured wrapper had minimal veins, visible but tight seams and was slightly oily with no tooth, leaving the cigar feeling quite smooth and pleasant to hold. The wrap was finished with a messy but adequate double cap. The pack was desirably firm and consistent from head to toe. The mottling in this cigar has only presented as a result of aging in my humidor. When I received this 5 pack of cigars they were far oilier in both appearance and texture and displayed no mottling.

Smell: On the wrapper this cigar smelled of wood, oil and tobacco along with slight hints of dry hay in the background. The foot smelled of dried hay and oily sweet heated butter.

Cold Draw: After taking a small cut I was presented with a slightly tight draw, offering flavours of dried hay, aged tobacco, and a meaty oil taste.

First Light: Flavours on the first light consisted of a toast, wood, meaty oil and subtle smooth, black pepper. The finish was long lasting with very strong spicy oiliness on the palate. Smoke production was excellent with thick clouds of dense white/blue smoke.

Aroma: The aroma of this cigar was quite pleasant; consisting primarily of toast and wood.

Flavours in the first third were quite similar to those experienced in the first light. The flavours got down to business right away and melded together to create a full bodied smoking experience. This cigar can only be explained as a ‘man cigar’. It was like smoking the BBQ smoke with a 2 inch thick rib eye gently sizzling away. The cigar is meaty, woody and oily with subtle hints of toast and black pepper. All the flavours I like on a burger, and apparently in a cigar also.  The burn was a touch on the messy side; not running down one side, just messy and inconsistent with up to 10mm of variance at times.

As the first third progressed the body of the cigar seemed to reduce slightly to a notch shy of full. The same flavours had smoothed out while the wood had gently moved closer to the front.

I rolled the ash of at about 25mm only to notice it was as strong an Ox; seems it could have held for another 25mm no problems.

Flavours in the second third were similar to those experienced previously with some new developments. The oily component of the cigar started to pull back making the smoke slightly drier. This lack of oil started to expose a dry tasting cedar in the cigar, the cedar experienced was not a shift in the woody flavours still present, rather an addition to the woody components.

The cigar continued to burn terribly and was heading for a touch-up which I was reluctant to do lest I vandalised the existing flavours of the cigar. A bit of the ole ’tactical placement and rotation‘ slowly brought the burn back to acceptable tolerances.

As the third progressed the cigar slowly started to change its character from being meaty and oily to being a drier, earthen and leathery profile.

Moving into the final third the cigars burn improved remarkably, the flavours returned to those experienced in the first third, as did the oily thick smoke. After experiencing this I was inclined to think that the decline in the smoke seen in the second third had a lot to do with the poor burn. I was back to the meaty & oily character which I preferred.

Just as I praised the cigar for its remarkable turnaround in burn I noticed an acridity forming rapidly, only to discover it had formed a tunnel. Fortunately a quick purge brought it back to something resembling acceptable.

As the third progressed the cigar maintained its flavours right up until the end at 1 hour 28 mins without getting the menacing flavours of heat at all. The cigar itself did get quite warm to pick up so I elected to retire it with 25mm remaining. 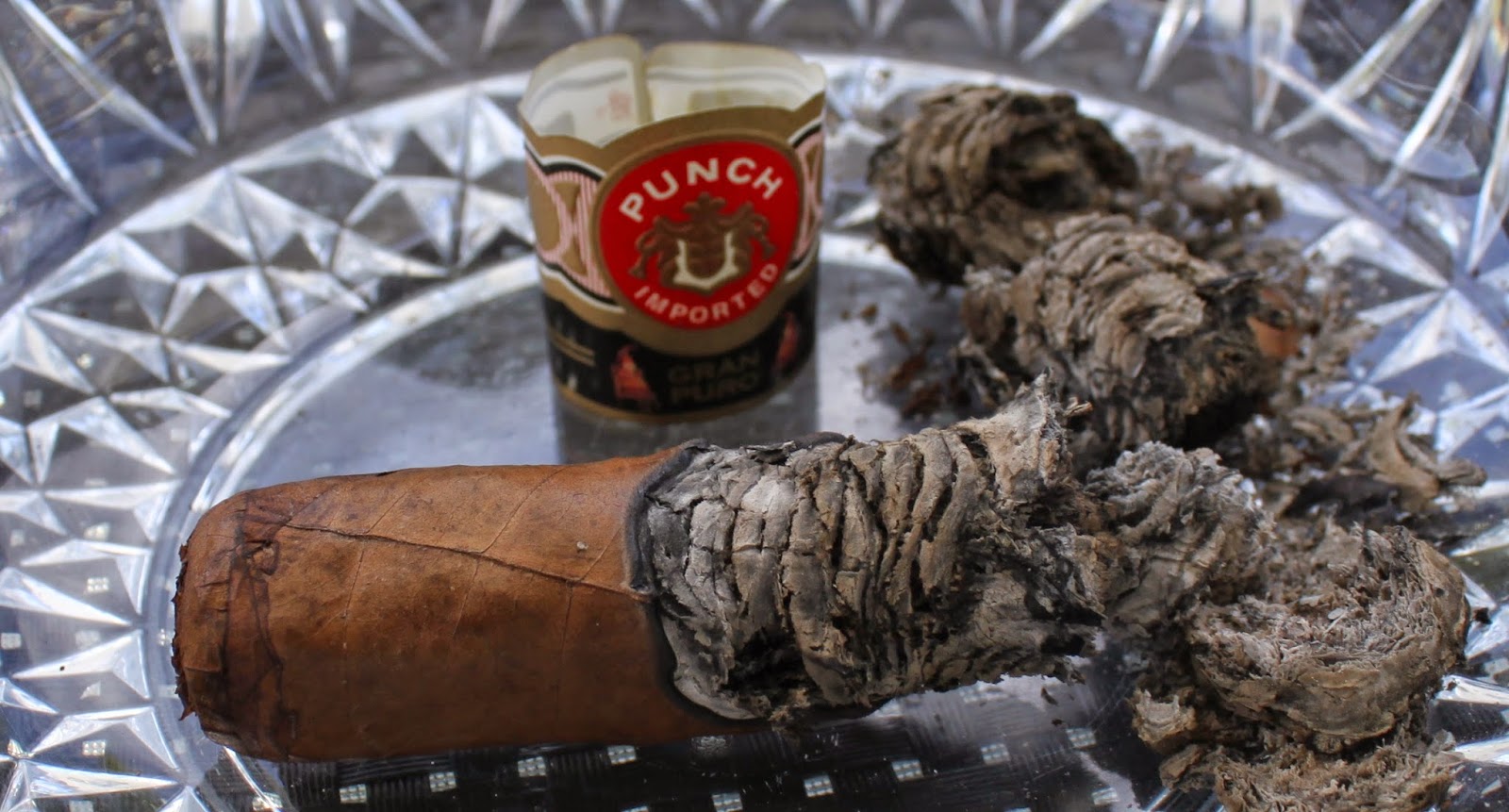 Overall this cigar tasted pretty good. Its full flavours of meat, oil and wood were quite enjoyable. The only turn off was its terrible burn throughout the whole experience. The three I smoked prior to this point never exhibited a poor burn like this one did. If you haven’t tried one from this line and the opportunity presents itself to get a 5 pack cheap, I would recommend trying them.

I went for a spin on the net to get a feel for others sentiments regarding the burn and noticed that it seemed to be a common issue with these sticks. I did enjoy this cigar; it’s got a lot going for it although I wouldn’t buy any more as this one has left me feeling a little let down based solely on its burn.

Suggested pairing for this stick would be Nikka whisky from the barrel. It’s got a good amount of boot being cask strength and a nice woody raisin character to pair with the characteristics of this cigar. I’ve included a picture as there is very little information on the bottle in English to identify it. 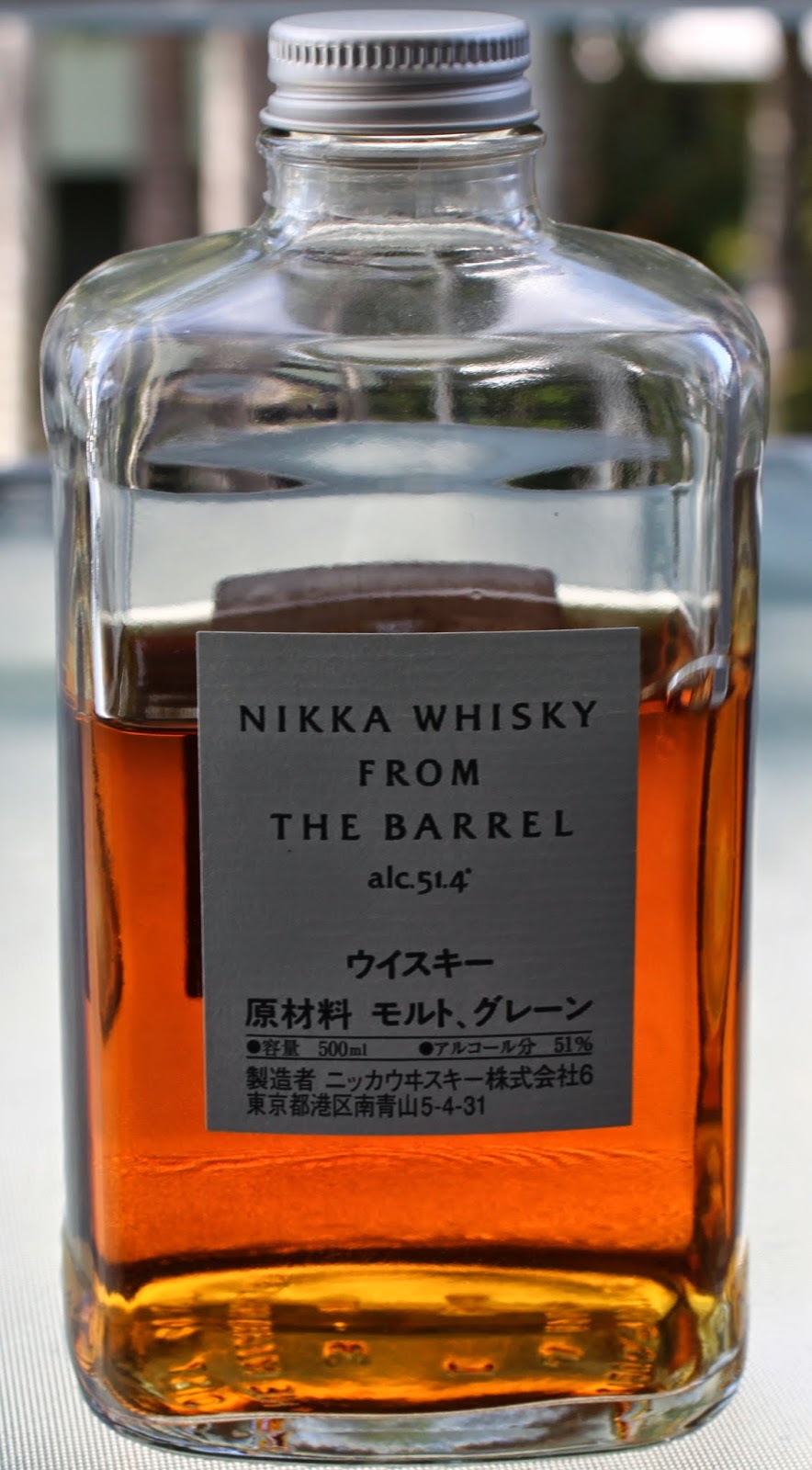