We have 104 guests and no members online

Construction: Minor pronounced veins, barely visible seams, and a triple cap. The slightly oily wrapper is a reddish brown which has a velvet like smoothness about it. The pack is reasonably firm and consistent along the length with no lumps or bumps.

Smell; Wrapper, Dry hay with minute amounts of chilli with manure. Foot; dry hay and fish food (flakes) which was interesting to come across. I attempted to verify my discovery with Kim, Fish food confirmed.

Cold draw: Punched, Flavours on the cold draw consisted of chilli spice on the tip of the tongue and about the lips also dry grass and fish food. At this stage I thought this stick was growing whiskers…. Onward!!!

First Light: On the first light I was hit with devastating amounts of cayenne pepper, no other flavours could be identified over this vindaloo. After 30 seconds my whole mouth and throat was burning with cayenne pepper. Wow!

Smoke production was good with lots of thick dry smoke.

The body is full due to the massive amounts of cayenne pepper which fortunately has scaled back from devastating to a level that I could almost endure, by this stage the pepper literally had made it to my stomach and was warming me like a cask strength whisky gulped down neat. There were flavours hiding behind the pepper which consisted of wood and tobacco.

I foolishly attempted to retrohale, present were the fires of hell and cayenne pepper.

The burn during the first third was a bit wild with a 10mm canoe on the back side which forced me to touch up the stick.

The pepper kept dialling down but was still overwhelming, the tobacco and wood flavours timidly hiding in the background were getting a little bigger, probably as a result of the pepper getting smaller. The second 3rd exhibited no significant changes from the first, the stick still had a wild burn.

Started getting some heat which came on fast and strong, when the heat appeared the cayenne pepper disappeared and the tobacco flavour went bitter. The burn improved significantly during the third 3rd.

A couple of minutes later the heat became overwhelming and I had to retire the stick at 1 hour 6 min with 55mm remaining. 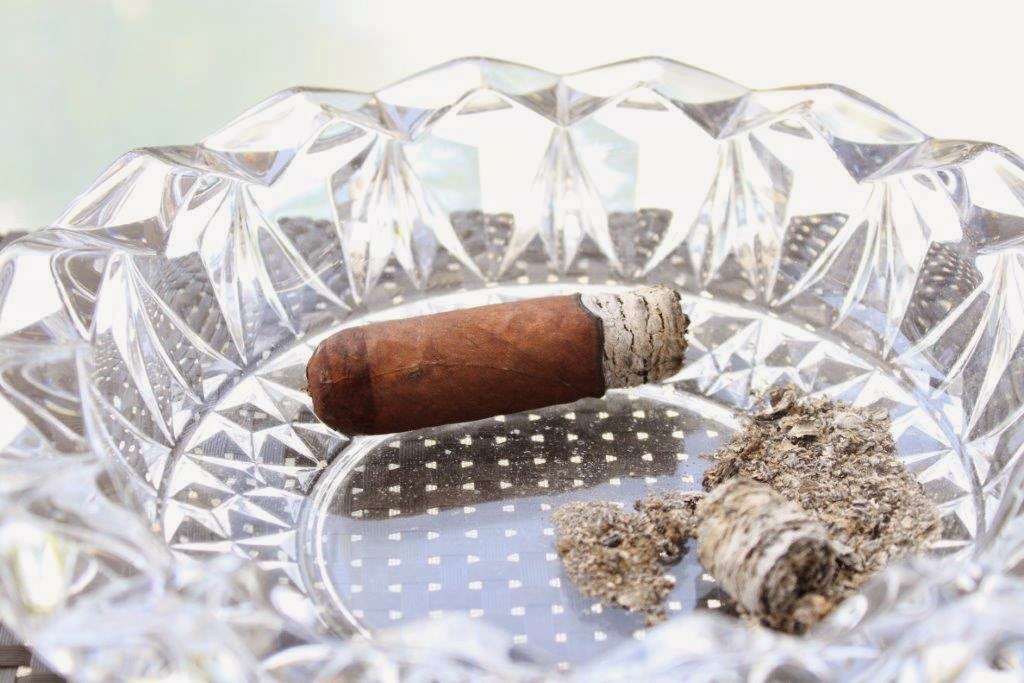 I don’t know what to say about this stick other then it was heinously offensive.

To be fair I think it was a dud stick, this could in no way be representative of a popular line of cigars. Nobody in this world could go looking for a flavour profile of a Mumbai gutter.

I would like to get another one of these to actually experience the Oliva Serie V line as it’s supposed to be.

No suggested pairings other than counselling.