We have 27 guests and no members online 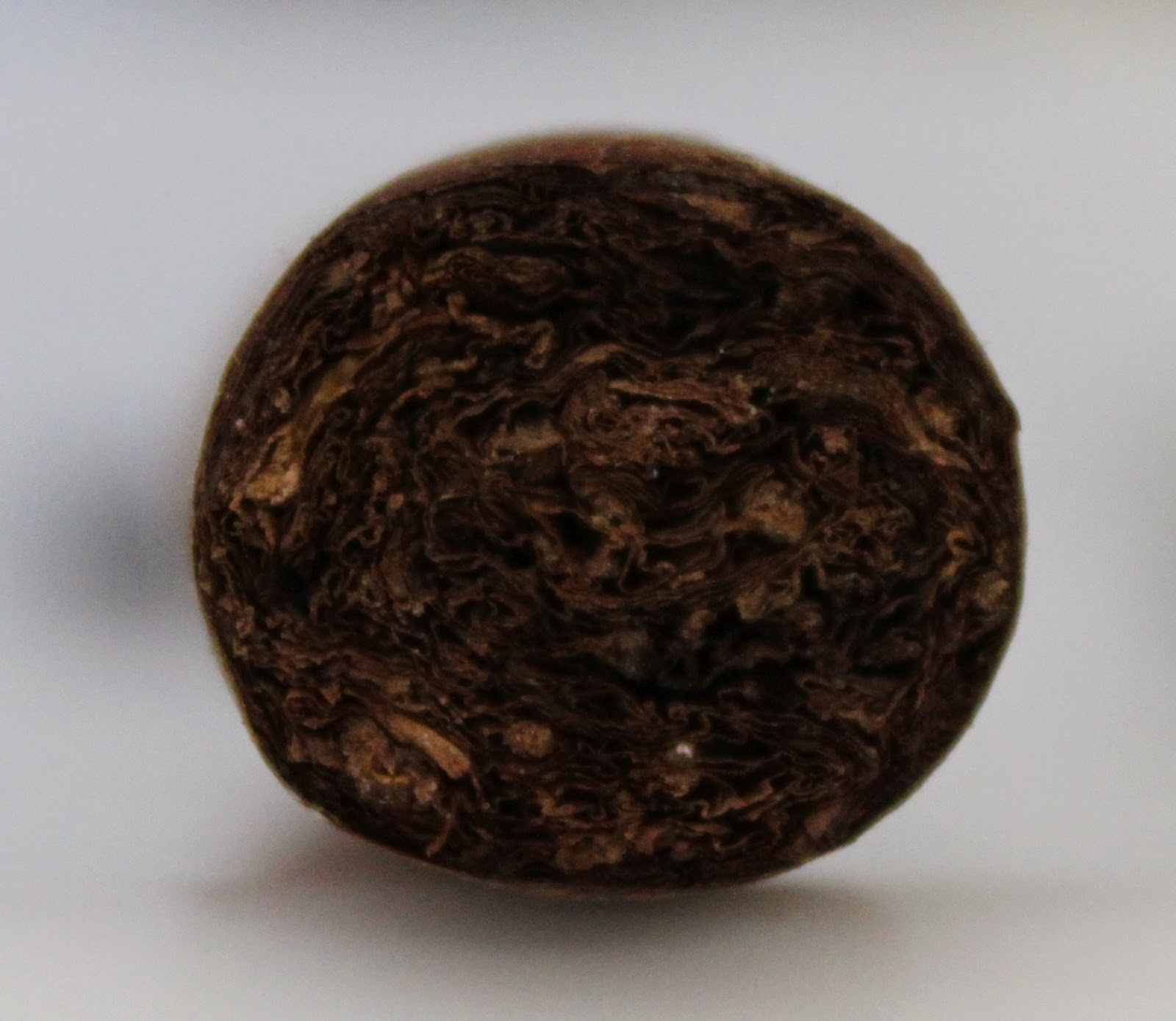 Being a bit of a rat with a gold tooth I just couldn’t resist getting my hands on this ritzy stick, recently released by Montecristo. Upon arrival the Ritz was indisputable; the well-made box was upholstered with brown suede with polished brass corners and embellished with some stylish artwork. Opening the box revealed a card telling the story of the Espada etc. The cigars themselves, as you can see, are draped in more robes and gold than old time royalty. A real pleasure to look at and all this elegance has left me expecting a pretty damn impressive cigar. It had best not disappoint…. Onward!

Construction: After removing 2 of the bands to get a proper look at this stick I discovered a consistently dark caramel colored, slightly oily wrapper with barely visible seams and negligible veins. This stick throughout its length was consistently packed with no soft or hard spots. Inspection of the triple cap revealed a generous application of gum to attach the cap, not that this will be an issue, it can get a little sticky if not kept moist. In addition I discovered a split in the cap down the wrapper stopping on a vein. I was hoping this wouldn’t create issues when smoking. I don’t think it was a construction fault, rather a case of mishandling. Overall it appeared this stick had quite a bit of effort put into its leaf selection, construction and quality control.

Smell: on the wrapper there was a strong presence of Hay with slight hints of tobacco and wood in the background. Foot: Dried grass with hints of nose tingling spices.

Cold draw: I went with a punch on this stick to try and keep the cap as intact as possible to ensure this little split doesn’t turn into a train wreck. Punching the stick exacerbated the split something fierce; off to a brilliant start.

Flavors on the cold draw consisted of a simple Hay and wood. Draw resistance was perfect.

I shuffled the remaining tight band up to the new horizontal split in an attempt to stop the split from running and writing this stick off.

Initial light: Flavours on the initial light consisted of a good rush of Nicaraguan pepper over a robust combination of hay and rich wood. Initial assessment, this would have to be the woodiest cigar I have ever had to date. Body - medium with plumes of thick rich smoke.

Into the first 3rd this stick was already starting to change its profile to a definite medium full. The spice was dialing down and becoming smoother. Prevailing flavours became hay, rich timber surrounded by a pleasant coffee and toast. Hiding in the background were timid hints of leather and something sweet which I couldn’t identify. It proved to be a very complex stick with a very diverse flavor profile.

At the 15 minute mark the burn started to go wild, close inspection of the wrapper indicated a tunnel which looked to go 12mm in past the burn line. After bumping the ash off to inspect, this was confirmed.

Re-lighting the cigar delivered another quick rush of pepper which quickly dissipated and came back to business as usual.

As the first 3rd progressed this stick started to impart a very pleasant oil onto the palate which contributed to the plumes of smoke this stick was creating, it was so thick it felt like I could chew it.

Transitioning into the second 3rd close inspection of the stick indicated the tunneling was starting again.

To rectify the tunneling issue, rather than ashing and relighting or cutting, I ran with a purge which worked a treat. Purging burnt 10mm off the stick on a matter of seconds which made it very hot, as a result there was a quick dose of heat which quickly subsided and came back to the flavors previously experienced in the first third with no changes.

The ash on this cigar from the start has been very flaky but holding well.

During the second third the body of this stick has shifted closer to the full body mark without becoming harsh.

The tunneling issues were present throughout the entire stick making for horrid burn and ash.

Transitioning into the third 3rd the pepper was dialing down but still a contributor to the consistent flavours of the stick.

Perpetual tunneling and purging was starting to take its toll on this cigar with the early introduction of heat at the half way point.

Flavours in the stick remained consistent with the slight sweetness in the background gently increasing. The sweetness I can only identify as sugar.

As the third 3rd progressed the tunneling issue finally relented and along with it the heat. Flavours came back to that of the late first third but with a full body.

The burn was now representing a well-made stick with very little variance all the way round. I elected to retire the stick at 1 hour 5 mins as the heat was coming on fast and strong. 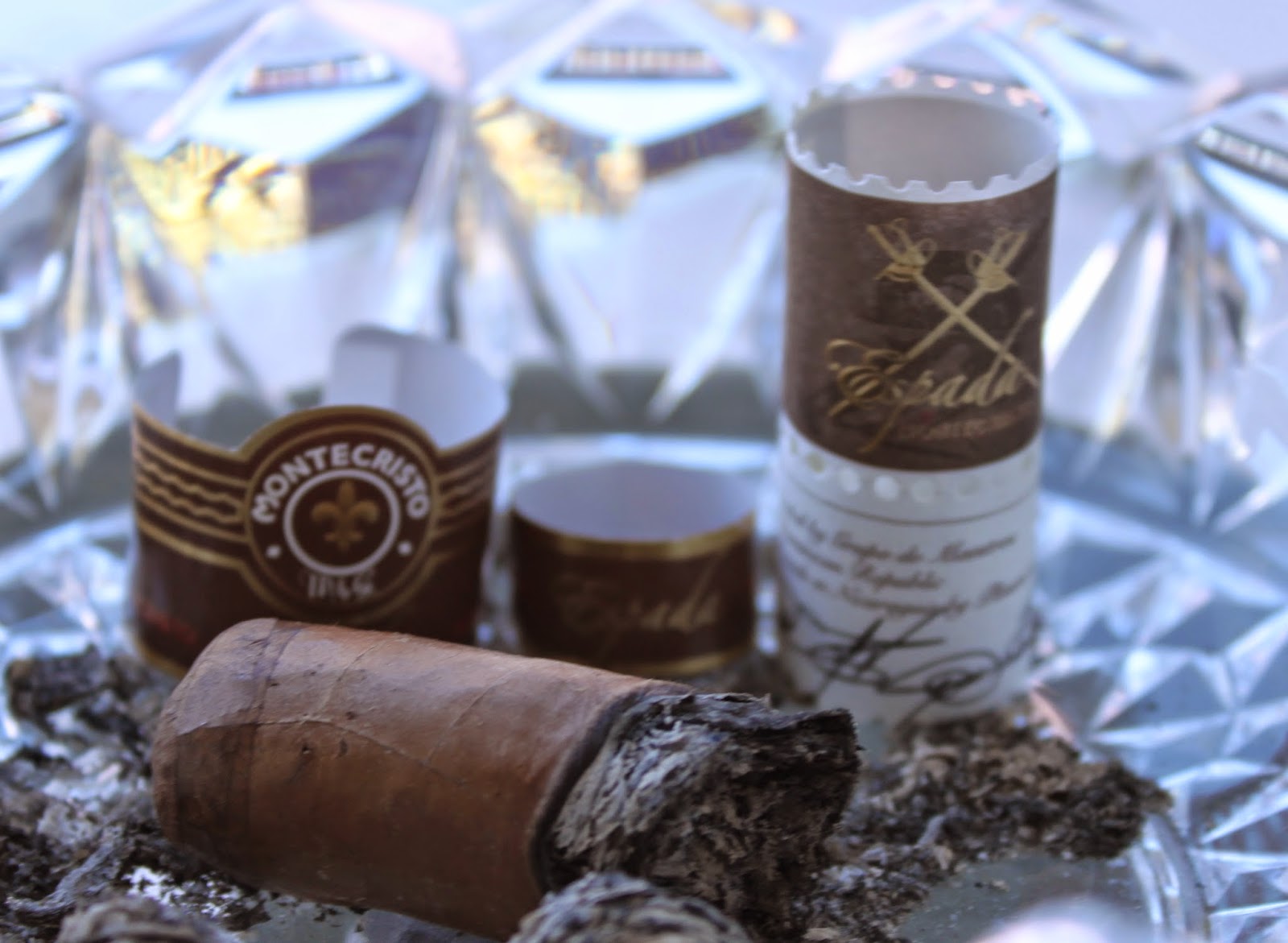 Overall this stick was one of the more complex cigars I have encountered with a very interesting combination of excellent flavours. Given the brilliant flavours of this stick and its complexity its consistency from start to finish makes this stick everything other than boring.  I managed to stay positive overall in my opinion of this cigar due to its impressive flavor profile.

The burn issues were absolutely atrocious and really detracted from the overall smoking experience. The burn issues experienced during this review were not an isolated event; I smoked another one of these cigars yesterday and experienced the exact same issues which I found equally unfortunate. Of the 5 I have smoked 2 have been duds.

I think the apprentice rolled this stick and the boss wrapped it giving it the appearance of a high class cigar while performing like an absolute dud.

Construction issues aside these Ricasso’s are brilliant sticks and I am definitely going to procure another box with hopes for better construction from a different box. I think the blend of this cigar is exemplary and if correctly constructed will be a definite 90+ premium, based on their price they damn well better be.

Suggested pairing would have to be a dry lager, attempting to pair Whisky with such a full body could become overwhelming. 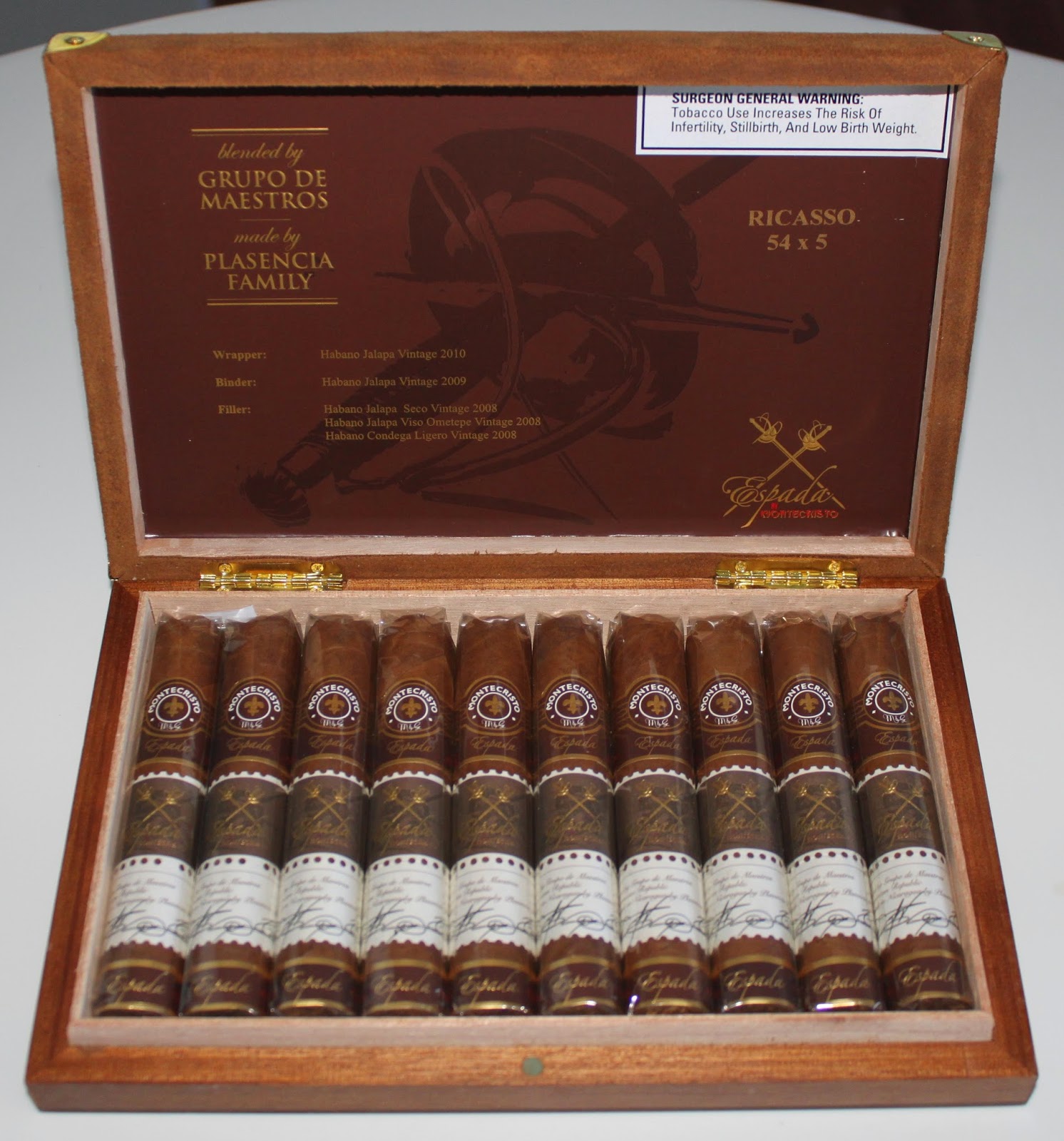 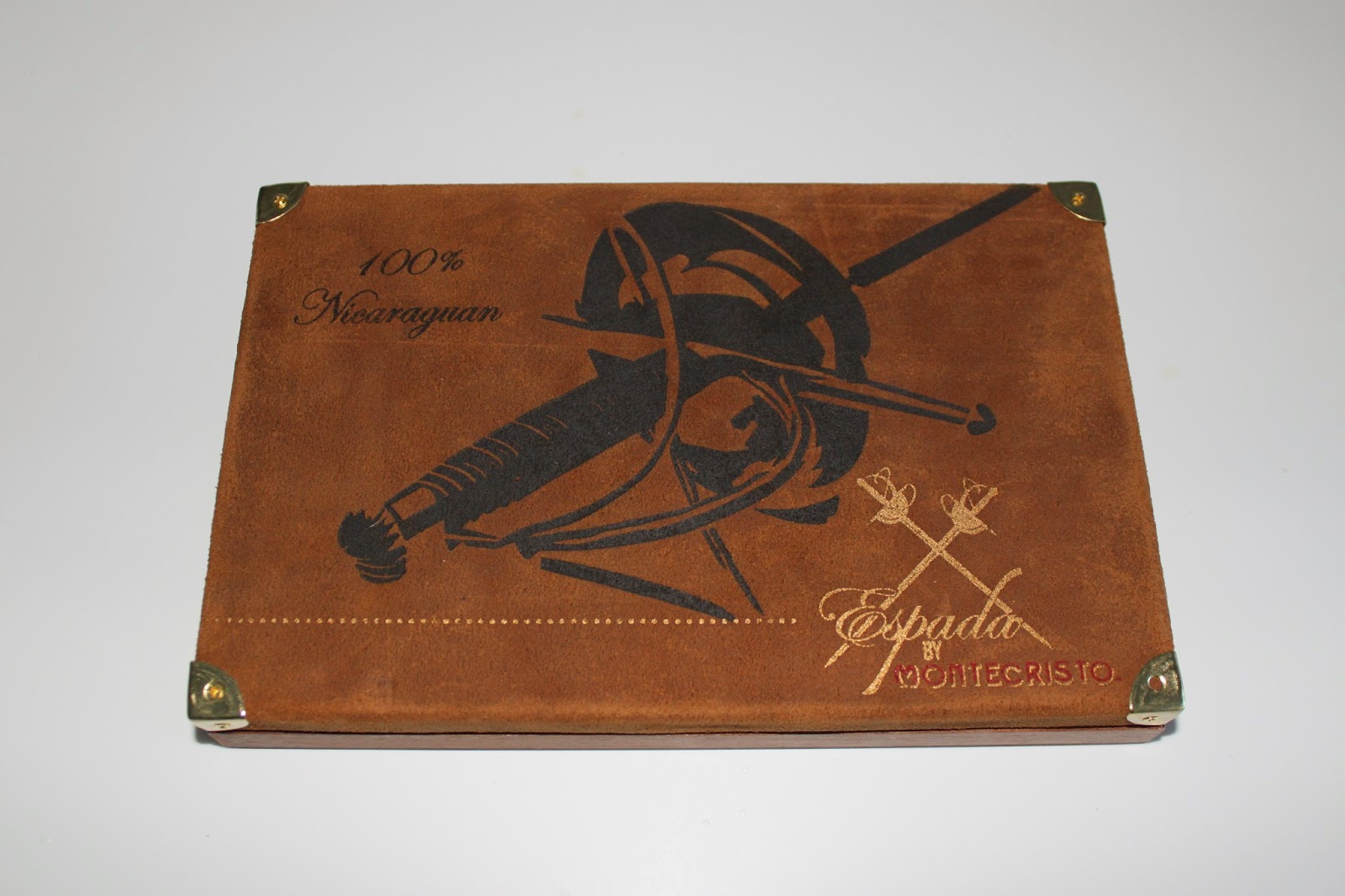