We have 118 guests and no members online

Size: 5 ¼ x 54 (Grande Robusto) this stick is advertised as a Parejo, it appears to be verging on a subtle pyramid, this stick is 2-3 gauge increments larger on the foot than the head.

Construction: Very mottled, toothy and lumpy in appearance.   All of this combined makes the stick look very rustic. Minimal veins with barely visible seams and a double cap.

It has a very firm pack which is consistent along the length.

The colour of the stick between the head and the foot varies significantly in shade from colorado brown on the head and verging on maduro mottling on the foot.

The feel of this stick along with inspection of the foot indicates there have been a lot of woody veins rolled into it. 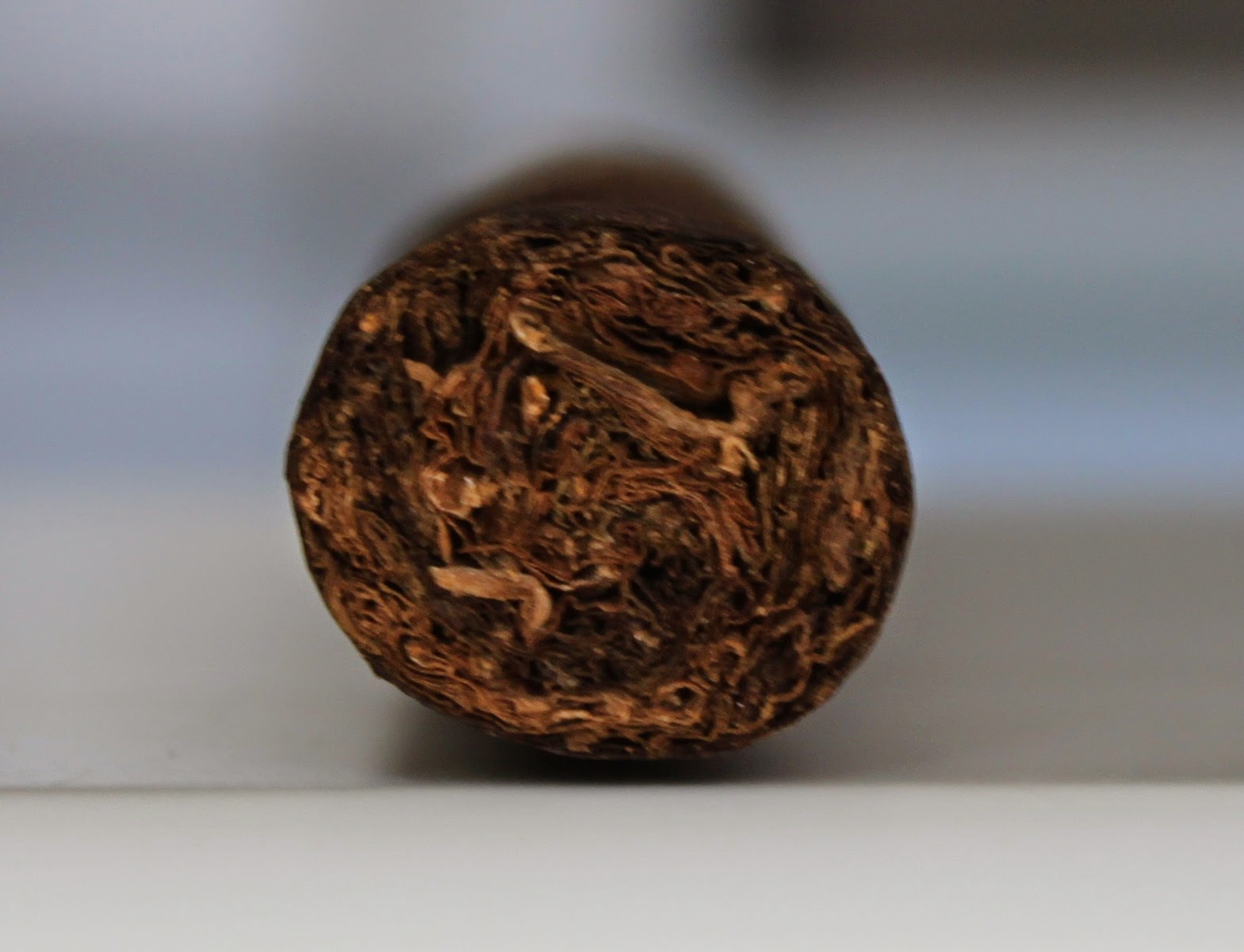 Aroma: I had a lot of difficulty pinning down the aroma as it was blowing 20 knots out.

This medium bodied stick produced lots of thin semi dry smoke. The flavours consisted of a dominant spicy cedar with a bitter woody black tea.  I also detected a timid white bread flavour hidden in the background.  The finish was short with a very delicate spicy cedar over the woody tannin.

Retrohale: Very sharp cedar with a touch of mould, this was not overly enjoyable to retrohale due to its sharpness.

As the First 3rd progressed the mottled appearance on the now oily wrapper was becoming more pronounced.

The burn degraded significantly as I rowed my canoe into the second 3rd with 20mm of difference from one side to the other after 5 mins the burn did slowly but surely correct itself to a more acceptable level.

The cedar spice became more prevalent with the black tea transitioning into a bitter woody tannin flavour. The smoke became thinner and drier without desiccating the palate.

The mouldy/ bread taste I came across in the first third was coming and going, so I elected to perform an experiment of fast and slow smoking.

Slow smoking caused a significant reduction in the cedar spice and allowed the mouldy bread taste to reveal itself, this mouldy bread flavour is not something that would turn me off a stick by any means, it was just there when the stick was allowed to cool.

Faster smoking banished the mould and ramped up the cedar and spice flavours.

Transitioning into the third 3rd saw the burn dramatically improve. The cedar spice was increasing and the smoke dried out even more. Slight amounts of heat were starting to become noticeable.

Approaching the band at 52 minutes, the spice kept increasing proportionally with the heat and the bitter tea/ tannin kept its presence but fell into the background due the increase in the strength of the cedar flavour.

At this point the finish consisted of heat and cedar.  2 minutes later the flavours were overwhelmed by heat, at this stage I retired the stick with 45mm remaining.

Overall this stick was very consistent in its flavours if not being slightly disinteresting and one dimensional. The first half of the stick was the most enjoyable as ‘heat’ really does not compliment this stick whatsoever. The stick had to be finished a little too early as result of the heat arriving and coming on strong and fast. 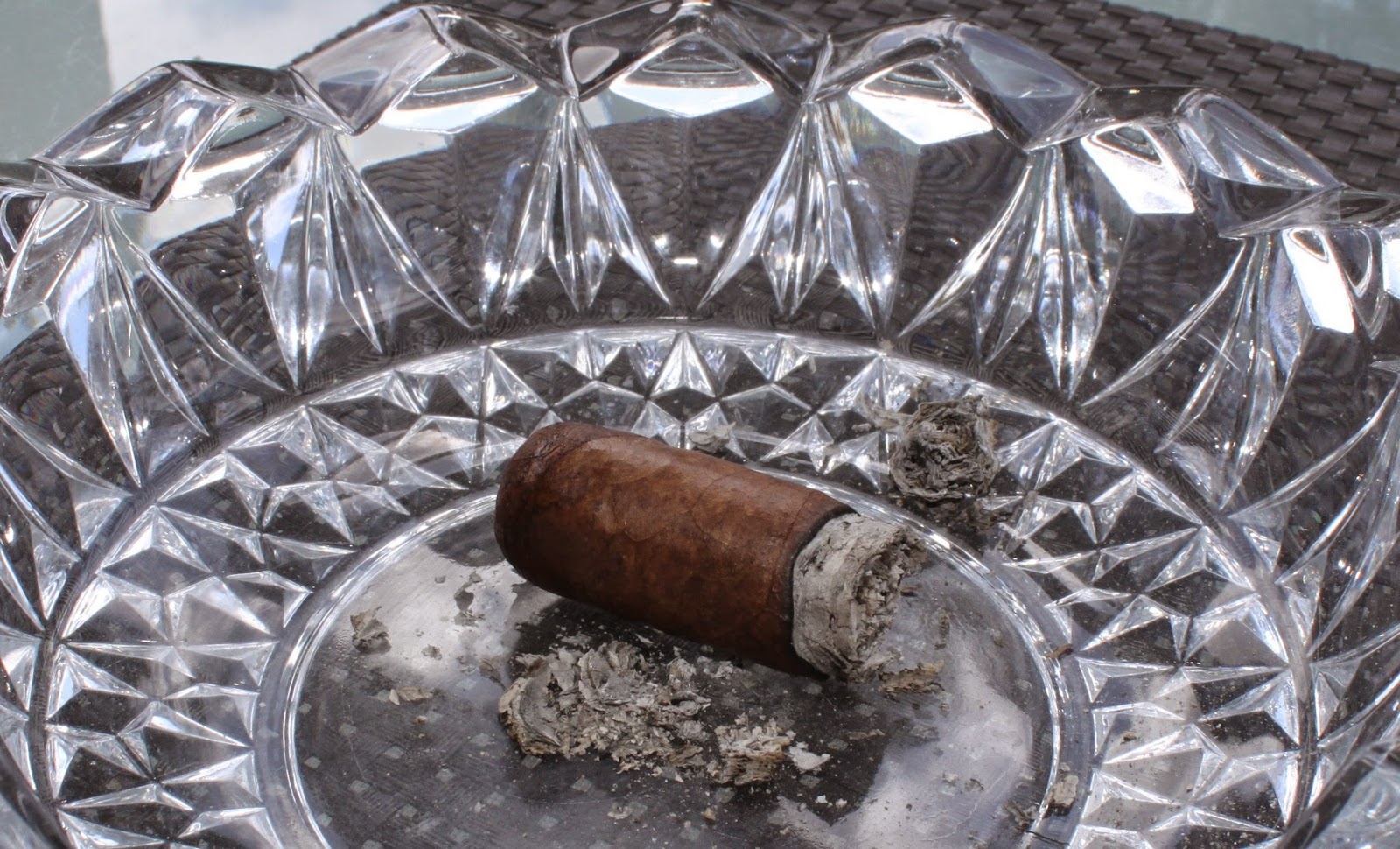 If you are a fan of the cedar flavour in a cigar, you will probably like this stick. If not, leave it alone. I get the feeling someone made this stick out of cedar itself rather than try to impart cedar notes onto it.  To put that last comment into perspective: 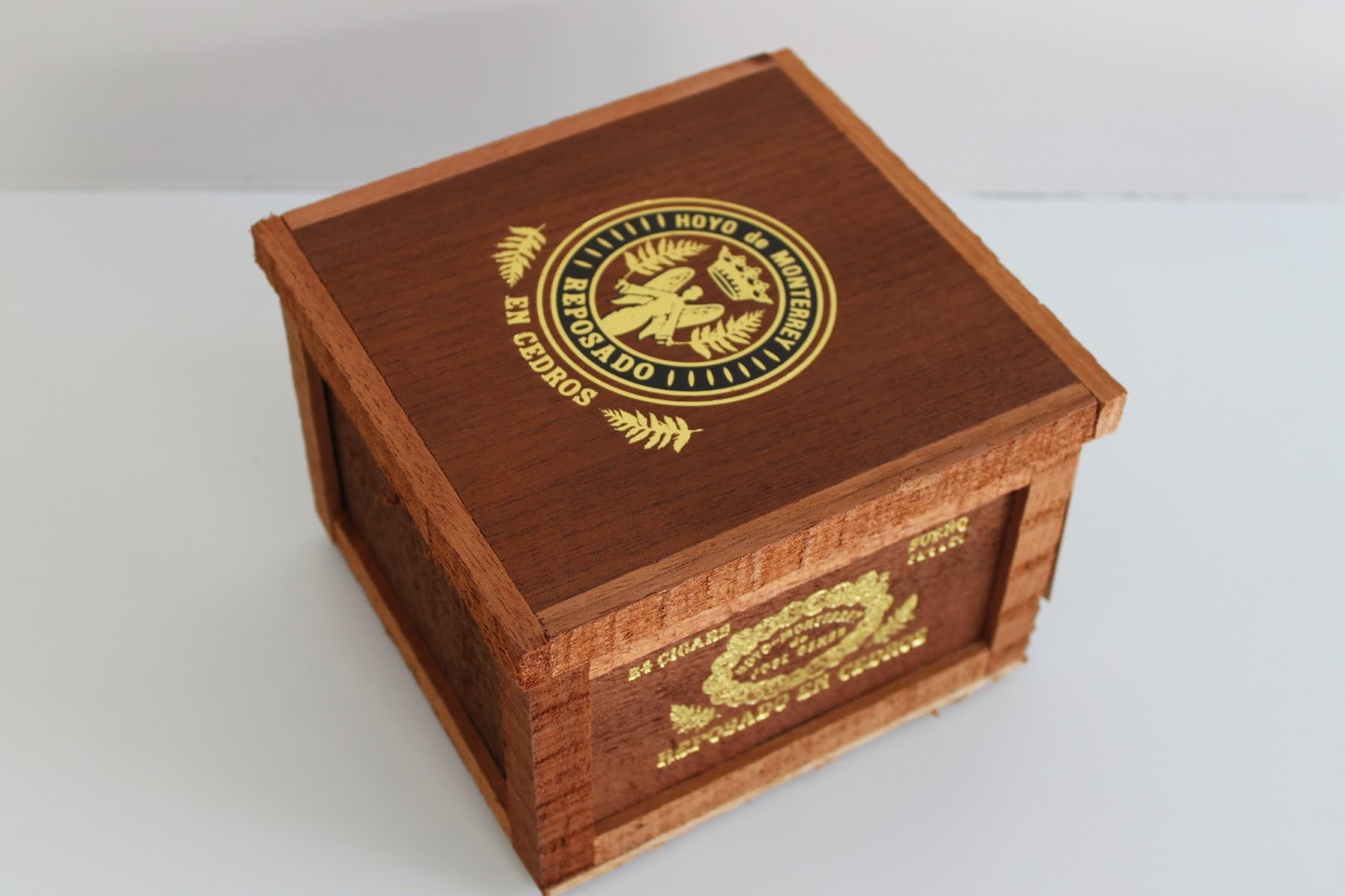 After writing this review I am just pissed off with the word cedar.