We have 30 guests and no members online

Construction: This Preferido was tightly wrapped; presenting a thick, toothy and slightly oily Cameroon wrapper.  It displayed reasonably visible seams due to colour variations and also has visible but negligible veins. The pack is surprisingly consistent for a Preferido; being reasonably firm with no soft or hard spots along its length.

Smell: The wrapper consisted primarily of dry grass with veiled hints of coffee and caramel; on the foot, even drier grass.

Cold draw: After the cut a pleasantly easy draw was available. Flavours on the cold draw consisted of wet hay, slight hints of butter or oil with a sugary sweetness hiding in the background.

First Light: Flavours on the first light consisted of Hay, wood and sweet coffee; they were quite difficult to pick due to the low smoke output offered by initial tiny foot of the Preferido.

As the girth of the cigar increased the spoke production ramped up significantly to a textbook level. The cigar began producing mellifluous plumes of thick oily smoke. Flavours present in the first third were hay, burnt caramel, butter surrounded by a slight woody toast. Flavours on the retro-hale consisted of sweet licorice, hazelnut and toast. All these flavours culminated together to comprise a medium body.

Late during the first third there was an intermittent but obvious flavour of hard candy (candy cane) emerging every now and again which I found curious.

As the gauge increased the oil in the smoke decreased while allowing significantly more of the caramel to move to the front.

Smoking slow seemed to strengthen the more favorable characteristics of this smoke, allowing the sweet candy, caramel and wood to remain at the front while keeping the toast small at the back. Faster smoking brought out further tastings of toast which in turn overwhelmed the other flavours.

The burn was pretty good taking into consideration it had minimal time resting after flying 15,000km; experiencing changing temperatures and humidity levels. 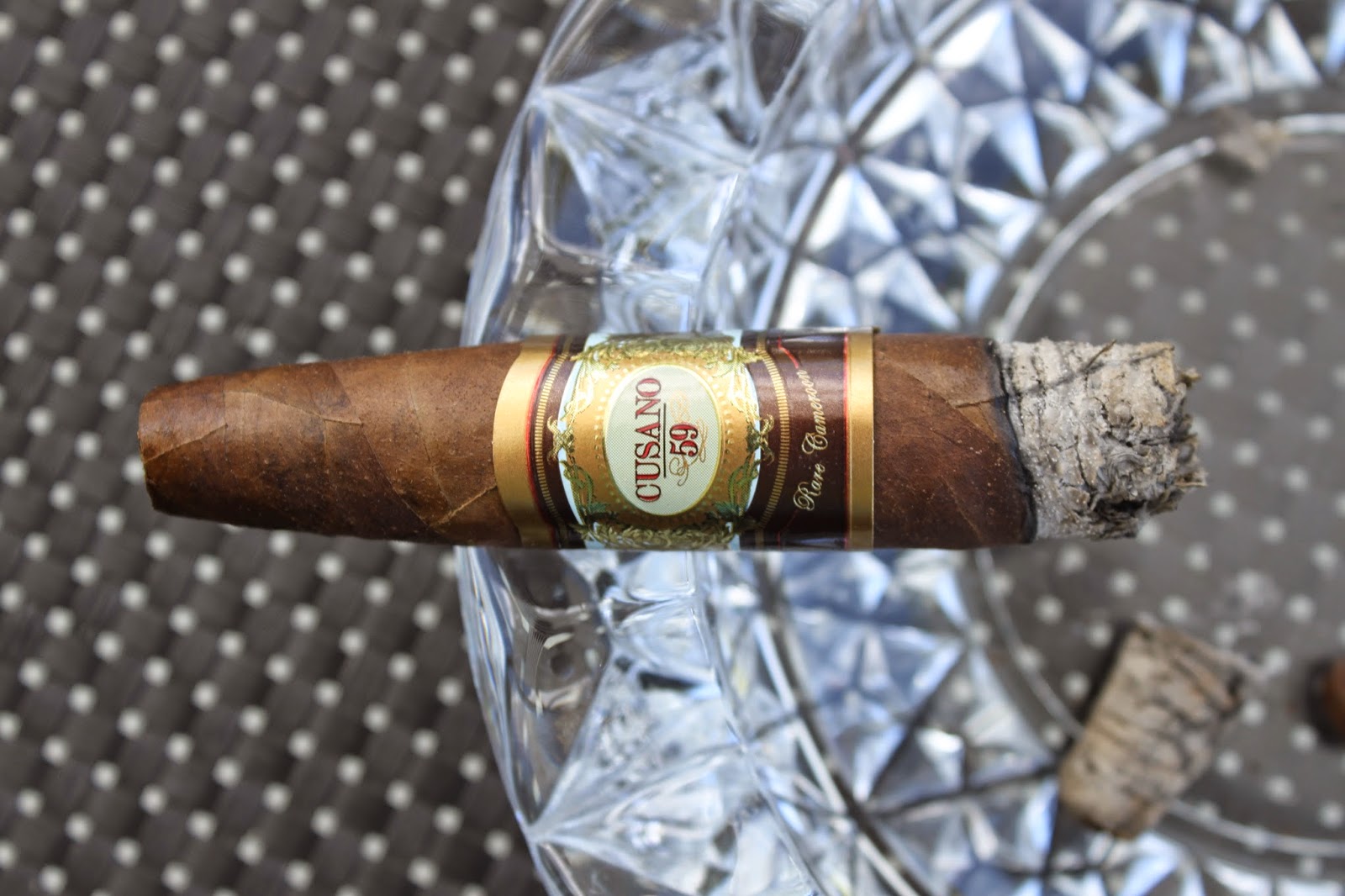 Smoking in the mass of the cigar saw no significant change in flavour from the end of the first third. The cigar was producing gloriously thick plumes of semi oily and moist smoke. Flavour profile remained primarily sweet with hints wood.

As the third progressed the cigar slightly increased in body to solid medium. With the increase came a change in character; the whole stick developed a roasty, meatier demeanor.   And what was curious was that it did so without actually changing the flavour profile directly.

The ash was very solid and holding well, I was ashing at about 25mm to save my new pants. 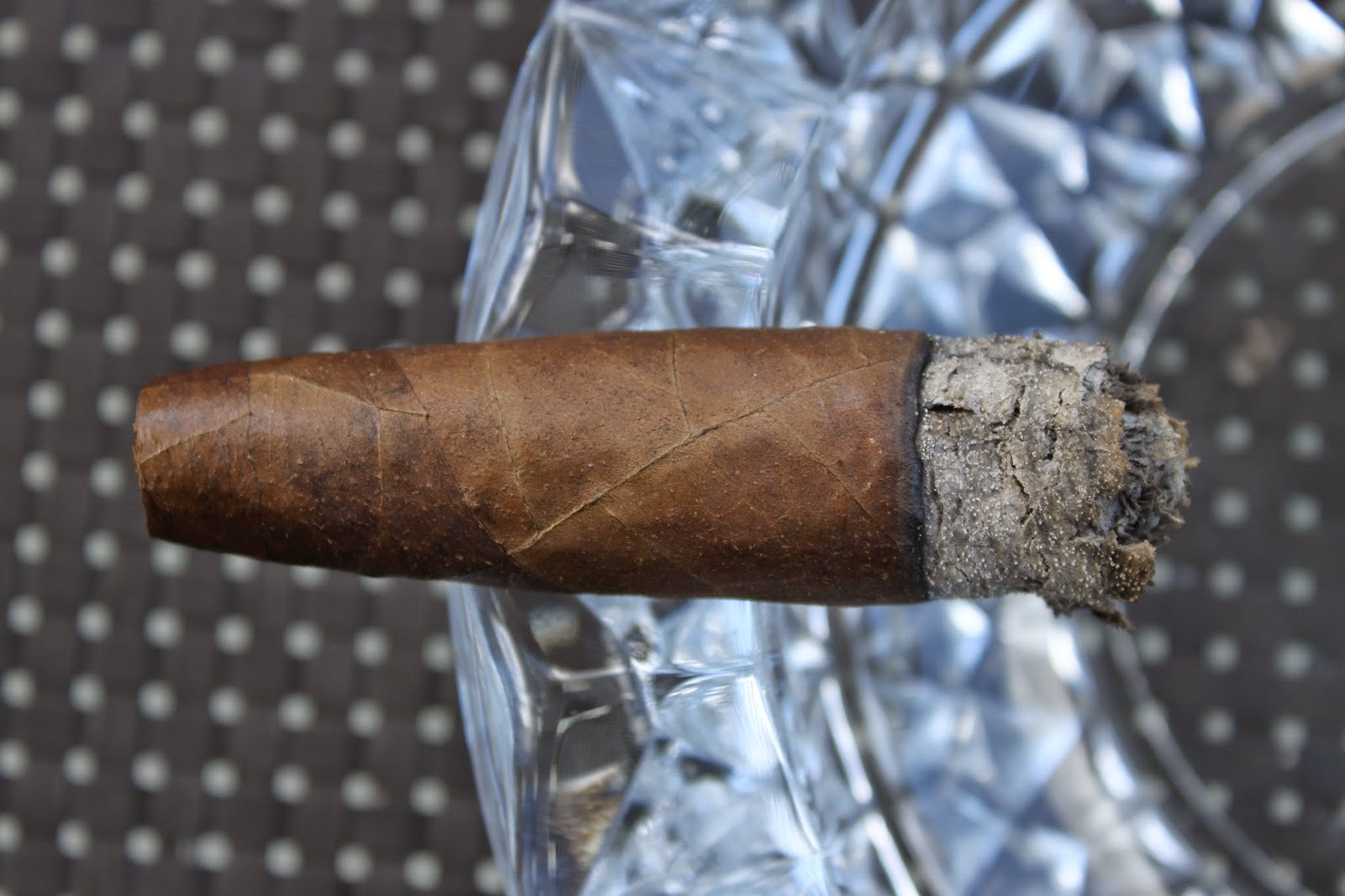 Moving into the final 3rd the heat started to become evident, without being significant. The flavours showed no significant transitions or additions. The burn was near textbook and the ash was still holding strong at over 25mm. 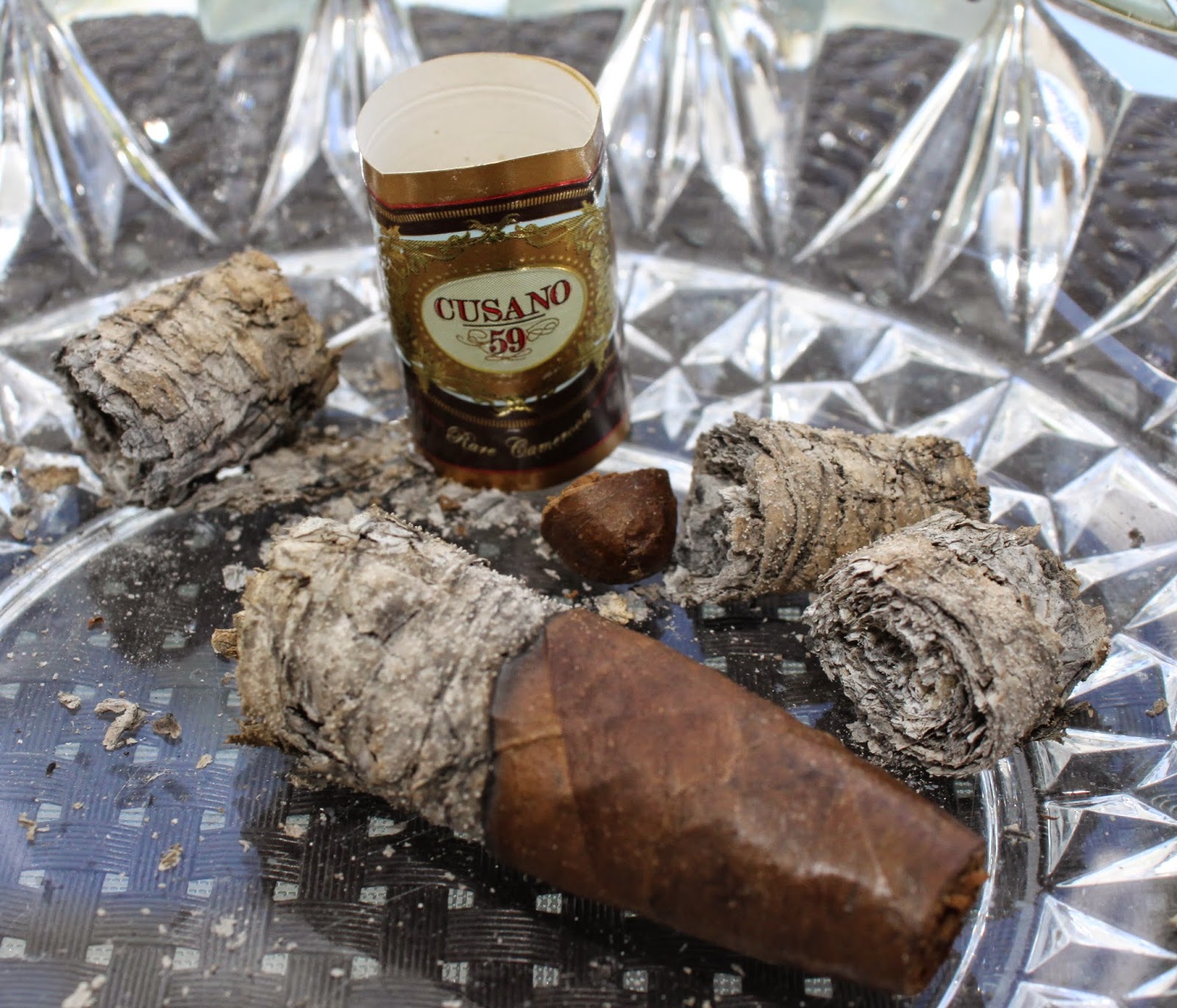 Nearing the end of the Third 3rd, our nemesis, heat came on hard and fast, which enlightened me that it was time to put the stick down at 1 hour 10 minutes.

Overall this cigar was excellent; well made with a good burn and a very attractive flavour profile when smoked slowly. The need to smoke slowly might have something to do with the fact I’m in north Queensland and at the time of smoking it was hotter than the surface of the sun (well maybe not but it sure felt that way) being 37 degrees @ 100% humidity.

I would happily buy another box of these, and I intend on doing so… these sticks are going to a re-design and are already on the market with a blue label. I am unaware if the re-badging is coupled with a new blend; I sincerely hope not.

My recommendation? If you can find a box, buy one!

Suggested pairing with this medium bodied sweet stick would have to be a creamy Grant Burge Viognier or a wetter Semillon.