We have 16 guests and no members online

Construction: Exceptionally attractive with a sleek, oily, consistently dark brown leather coloured wrapper, no significant veins with invisible seams. The Pack is tight from start to finish with no lumps, bumps or soft spots of any kind, finished with a triple cap. There was one small split in the wrapper from mishandling as it was not there when I first received the stick.

Worth a mention, this stick is very heavy to feel for its size. Weight was 18 grams. It was heavy alright.

Cold Draw: Flavours on the cold draw consisted heavily of dried hay with leather, coffee and wood. It also imparted a gentle spice onto the mouth and lips. Draw resistance is good to firm after a very small cut.

First Light: Flavours on the first light consisted of mellow coffee, wood, leather with a subtle spicy tingle hiding in the background. Body would be a light to medium, flavours are exceedingly smooth. Smoke production is excellent with good clouds of semi thick average moisture content smoke.

Flavours on the first third were the same as the initial light, on a whole the character of this cigar is exceptionally smooth. The flavours are quite robust but they are smoothly melded together with a synergy I can't quite explain. The body is still light to medium, I got to feeling at this stage this cigar was hiding something. The burn was excellent sporting a near razor sharp line.

As the first third progressed the intensity of the cigar started to increase gently, with the addition of bread the profile was lifting upward closer to a solid medium.

Into the second 3rd the profile started to shift gently. The spice had now disappeared the coffee toned down slightly and developed a sweetness, whilst the leather increased. All of this while still maintaining the luxurious smooth character. The body now has shifted to a solid medium. The burn continued to maintain a perfect straight line all the way round the cigar.

I had to re-cut the head as the small cut I made previously was starting to clog up. The cap on this cigar appeared to be very strong compared to most, even after being wet it cut flawlessly.

I observed this cigars ash was very powdery, soft and light compared to most cigars as I’ve had to pry it from my belly button on 2 separate occasions now.

Flavours in the third 3rd made another gentle transition, the body slightly increase passed medium into the medium – full area. The wood increased significantly as did the leather. Coffee was making a comeback with a slight change, it was no longer sweet rather a smooth rich espresso. These transitions contributed to the increase in body whilst maintaining its enjoyable smooth character.

Late in the third our old friend heat started to make an appearance, quite bearable but I elected to retire the stick. I’ve enjoyed this stick far too much to let it be ruined by unsavory flavours. Retired the stick at 1 hour 33 mins.

Worth of note, this cigar smoked extremely slowly in the last half, I would have had to go out of my way to get the cherry to glow bright.The burn as always remained, razor sharp.

Overall this cigar was brilliant, exceptional even. I’m upset I only bought one to try. This cigar is beautifully smooth while sporting rich flavours while in no way being overpowering. These cigars compared to the rest of the market are expensive, but in my opinion worth every cent.

If you haven’t tried one of these cigars, you have to. They are beautifully constructed, taste and smoke like an absolute dream while standing out in the crowd with a very unique profile. 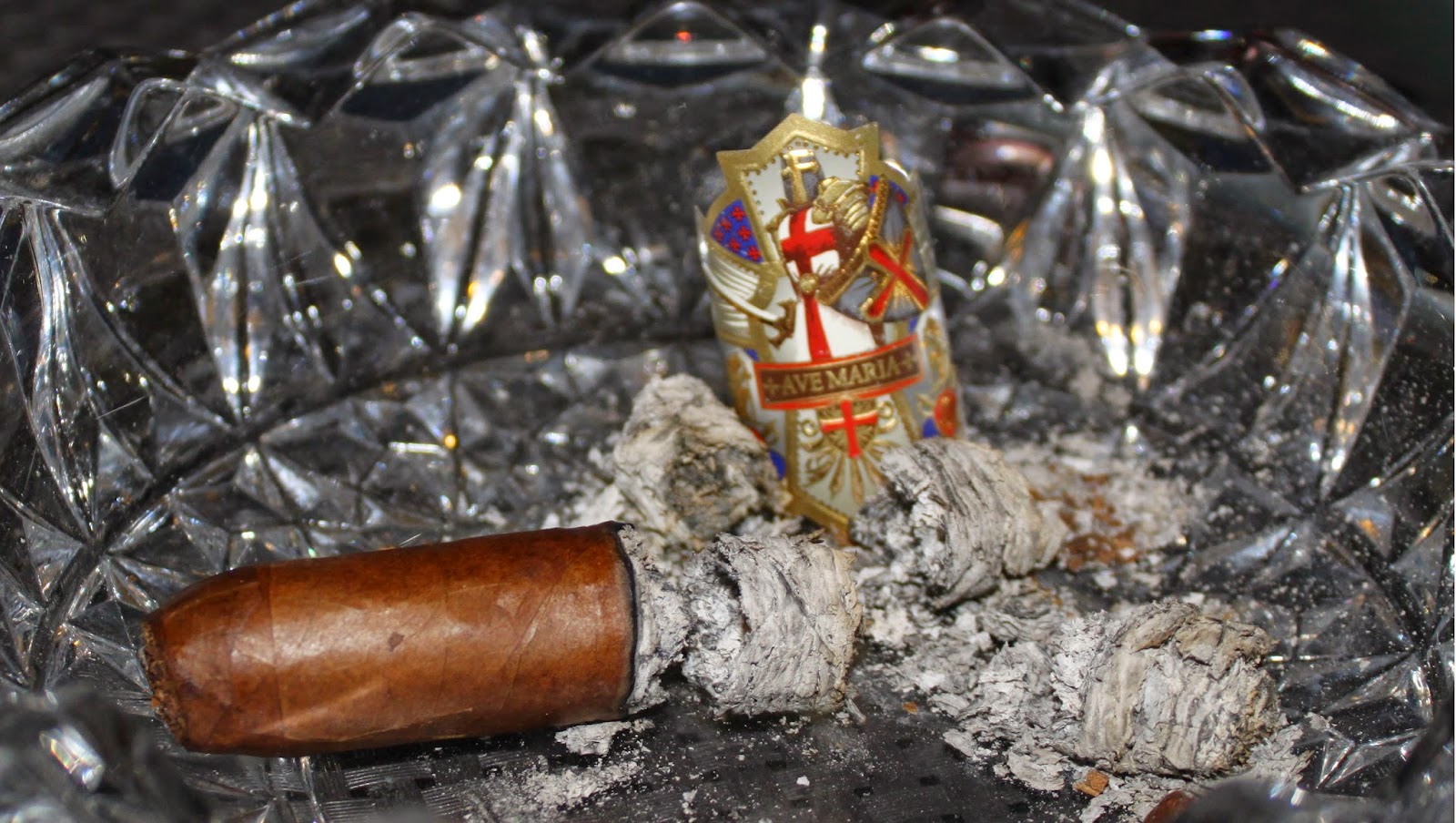 The smooth character of this stick pair well with a sharp but light whisky like the Chivas or Glenfiddich lines.